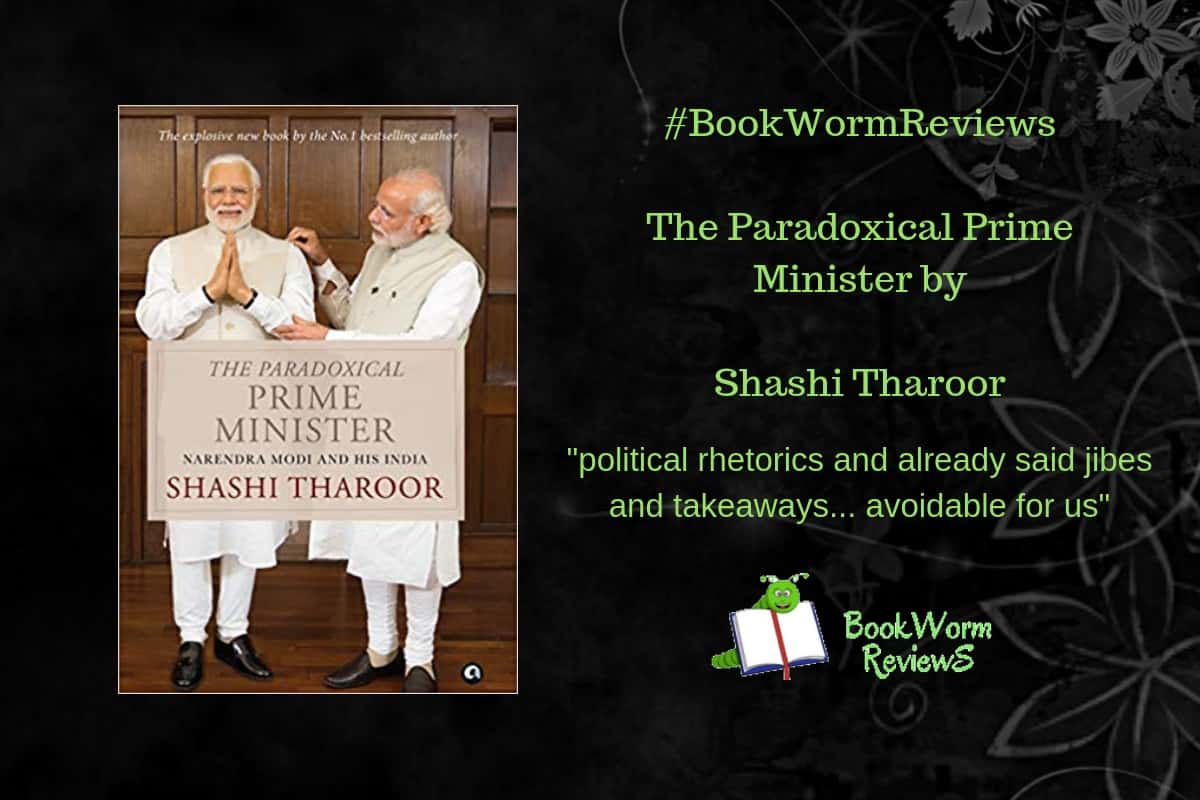 Since the past week, a different kind of tension is spread in the atmosphere. A new book by Mr Shashi Tharoor has been released and the ‘critics’ are taking up this moment to attack and defend their notional bravery. What’s in the book The Paradoxical Prime Minister? Does anyone know? It becomes necessary that we take up the book for a review and let the readers know what’s inside in the form of content other than the overt media hypes which go beyond the frenzy’s definition to glorify or vilify things.

The Paradoxical Prime Minister is a biography of the current prime minister of India, Mr Narendra Modi. However, the biography is not objective; it is, not entirely, politically charged and fragmented to reflect upon the perceived ‘bad’ decisions or the Modi-led government as well as the incidents which are somehow being connected to Narendra Modi. So, one can safely assume that the book has been planned, crafted and presented deliberately to settle the political goals.

If you remember, a book titled The Accidental Prime Minister was released just before the 2014 general elections. So, this book seems nothing but a response to that from the Congress and they have offered this ‘erudite’ responsibility to a charlatan named Tharoor who flaunts his English everywhere. Nevertheless, that book by Mr Baru had substance and the information that the general public did not know. In the case of Tharoor’s book, we all know what he says and writes, already. So, even if that is a counter to The Accidental Prime Minister, it has fallen flat!

Another interesting thing about this book (and many other such books) is that only the readers with ‘matching DNAs’ read this and other titles of this nature. Even in the case of Sanjay Baru’s book, only those who were curious enough to know the insider’s account of the UPA’s ten years tenure at the centre read the book. Likewise, the ones who already have their assumptions and conclusions about Modi might like this book.

For an objective reader, there is nothing new in the book! Everything has been said or written earlier and the book just compiles those excerpts with a cunning covering fire by Tharoor. If you want to get a copy, you can always get one from Amazon India:

review by Rajeev for BookWorm Reviews

Avoidable for general readers… must-read for Congress supporters and a challenge for BJP!