I-Spy: A Peep into the World Spies – Amit Bagaria 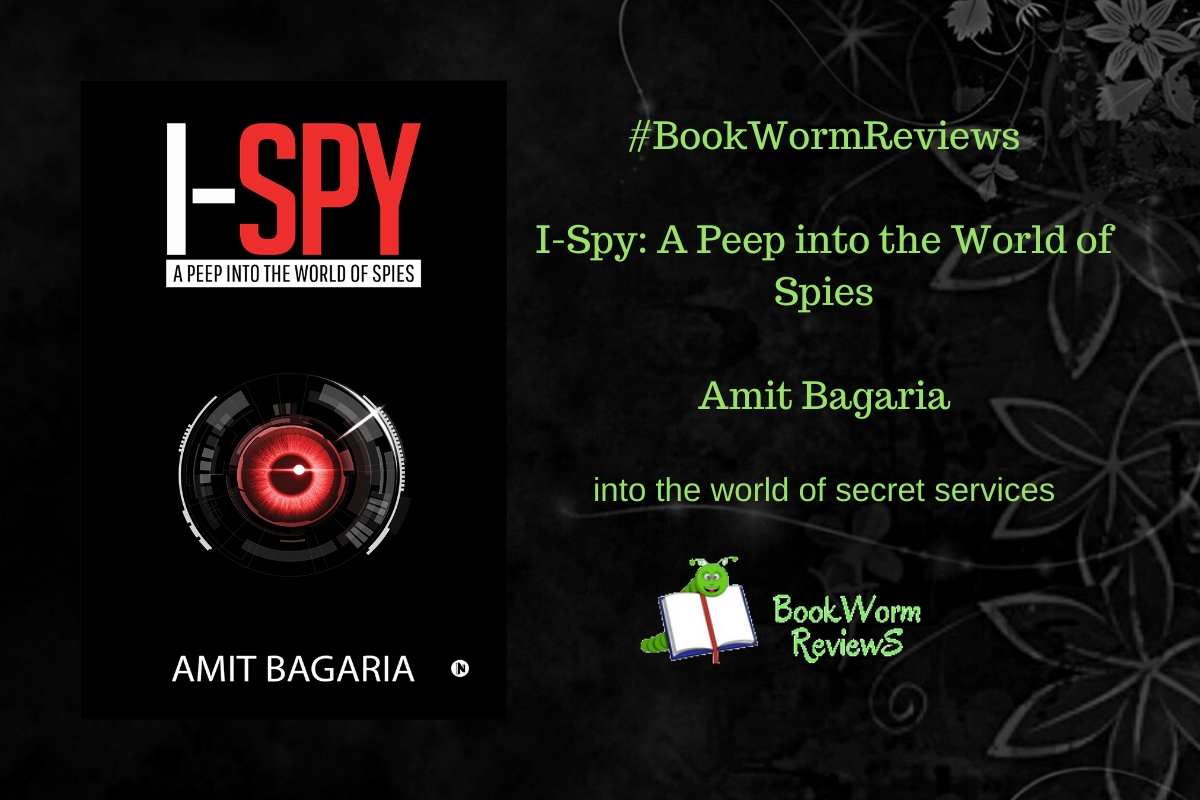 I-Spy: A Peep into the World of Spies by Amit Bagaria has been a voluminous and, at the same time, unlike many others, an interesting book to read for me. Based on the analysis, research and observations by Amit Bagaria, certainly a huge name in the world of literature in India today, this book has left an impression on the minds of the readers that they couldn’t have experienced before because no author could have thought or done it the way Amit has done. This is, to be honest, and frank, a quality work by Amit!

This book washes some confused attempts to painting the life and works of spies as have been done on the big screen by movie directors. Amit Bagaria begins with the shortcuts (abbreviations) that are used in the world of intelligence and spies. He then moves on describing the basic qualities of a spy and the challenges that he might have to face and cope with. Moreover, he also tells about various intelligence agencies in the world and their possible rankings that he has done on the basis of his own analysis and research, which is – to be honest, quite exhaustive and based on proofs and evidence that Amit provided in half-measures only.

Moreover, let me also make one thing very clear that if you read the digital edition of the book, your satisfaction won’t be that much. If you read, however, the hardcover edition of the book, you will meet the insane and wonderful graphics, data, diagrams and also photographs in full colour that support the arguments made by the author so wonderfully that you will have no choice but believe what the author says. Amit Bagaria argues like a person with an authoritative knowledge in the field he deals in – and it is true. Amit Bagaria informs the readers, educates them and also tries to break the stereotype image of spies that have been maintained by directors and some authors over the years.

Critically, an aware reader can only have problems with the rankings that Amit has ascribed to the intelligence agencies around the world. It’s no trouble that he has kept MI6 at the top – however, one may ask, why? What is there in the covert that they have been doing all these years only to succumb to Brexit, lose their power over their own citizens and failed to stop various terrorist attacks… for those who want our country to excel always, ranking of RAW might be a trouble as well.

With all the pros and cons, the book, I-Spy: A Peep into the World of Spies, has been an eventful read for me and I enjoyed reading it in details. It has information that can construct one’s basics and fundamentals in terms of intelligence and secret services. You can read this book and learn many things about many things related to spies, government operations and various other operations that have been carried out to maintain what the agencies deemed feet to maintain. You will like this book… you may love this book if you are too keen a player in data and statistics related to under-the-covers operations that were remarkable…

Buy the book from Amazon India and read it now! Here is the link:

review by Guddu for BookWorm Reviews