The Poetician: A common man’s satire by Lov Pathak – Review 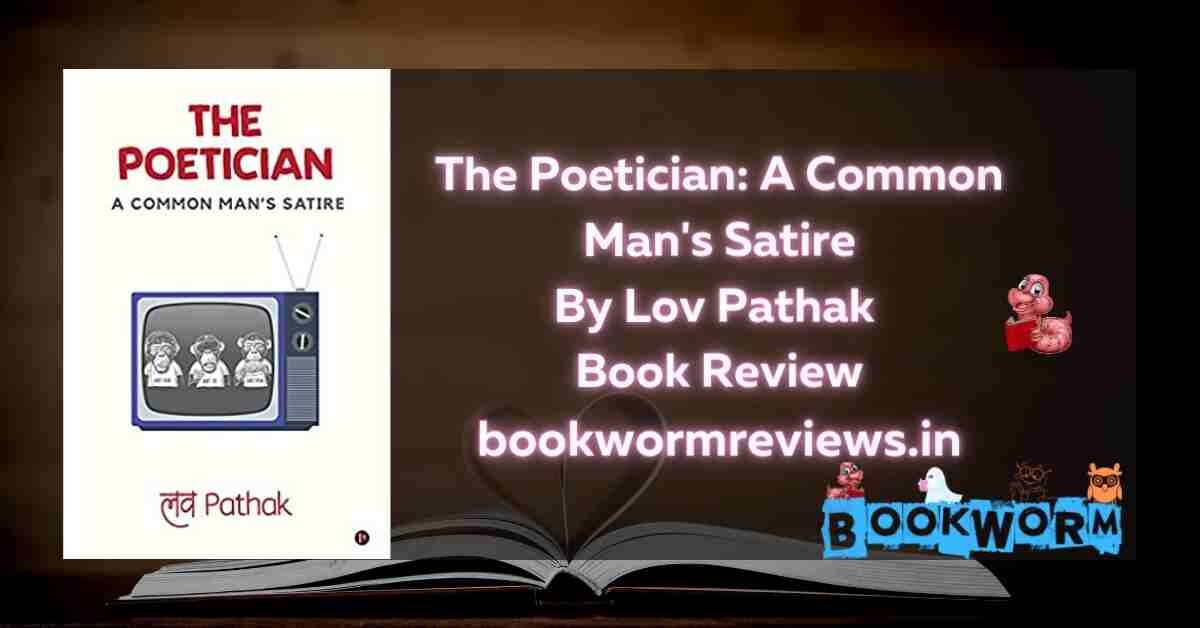 I have read satires by Dryden and Shadwell, vyangya by the great Indian authors like Harishankar Parsai and Sharad Joshi. I have also read critical works by the supposed great geniuses like Plato and Horace. However, this was very new to me. Lov Pathak has offered something entirely new and I guess he might be one of those rare authors who can mix two languages so flawlessly. Moreover, Love may well be the first published author who has written Hindi poems in English or the Roman script and without a doubt, his experiment seems to be successful so far… I liked reading his work and truly loved the humour embedded in poems in this collection. Being candid and direct, putting forth raw emotions for the readers to associate with, abusing the ones who deserve to be abused and voicing for those who lack it… satire at its best and satirist at his best as well!

These are two lines from one of the poems in the collection and you can instantly connect with the emotions… as raw as it could be and I would rather say as raw as it should be! Lov cares for his messages to be delivered, communicated and construed instantly. After all, it’s The Poetician: A Common Man’s Satire and it has to be common in every aspect. Lov has used the language that we speak every day – some Hindi words, some Urdu words and many English words. And you will find the same mixed salad being echoed on every plate of the meal of poetry that this master chef has served to his readers.

So, there are 30 poems in the collection and they don’t reflect much of the qualities that one would like to see in a traditional poem. However, neither the society nor the human beings living in our society are traditional anymore and we deserve to read such works that can instantly strike our conscious and ask questions of us… quickly, one after another and blow after blow… You will get the same in The Poetician. The work begins with a poem titled Oxygen Wala Tree and the poet takes his readers into his childhood and by the means of that, into the childhood of everyone who might have lived long ago to enjoy the shadow of some cult tree, swing in the arms of a Neem or Bargad or Peepal tree… The poet criticises the rapid concretisation of the cities and even villages. He laments over deforestation on a mass scale. He urges people to act like civilised ones.

Other than satire and criticism, the poems also reflect humour and amusement at times. Some personal emotions also peep from behind the lines on rare occasions. The poems are purely raw, instant expressions, reactions, frustrations, anguish and hopes of a common man uttered in the same spirit as one thinks, most of the time. You will not find any typical linguistic enhancements that poetry is supposed to bear. For Lov Pathak, poetry’s sanctity is beyond what it used to be for Coleridge – just as raw as it could be!

You can get a copy of this wonderful poetry collection from Amazon India and enjoy reading all the 30 poems included in the collection. I am sure you will love what you read. Click the link below to get a copy right now and make your weekend better, book-worthy and light.

Review by Samridhi for BookWorm Reviews

The Poetician: A Common Man's Satire