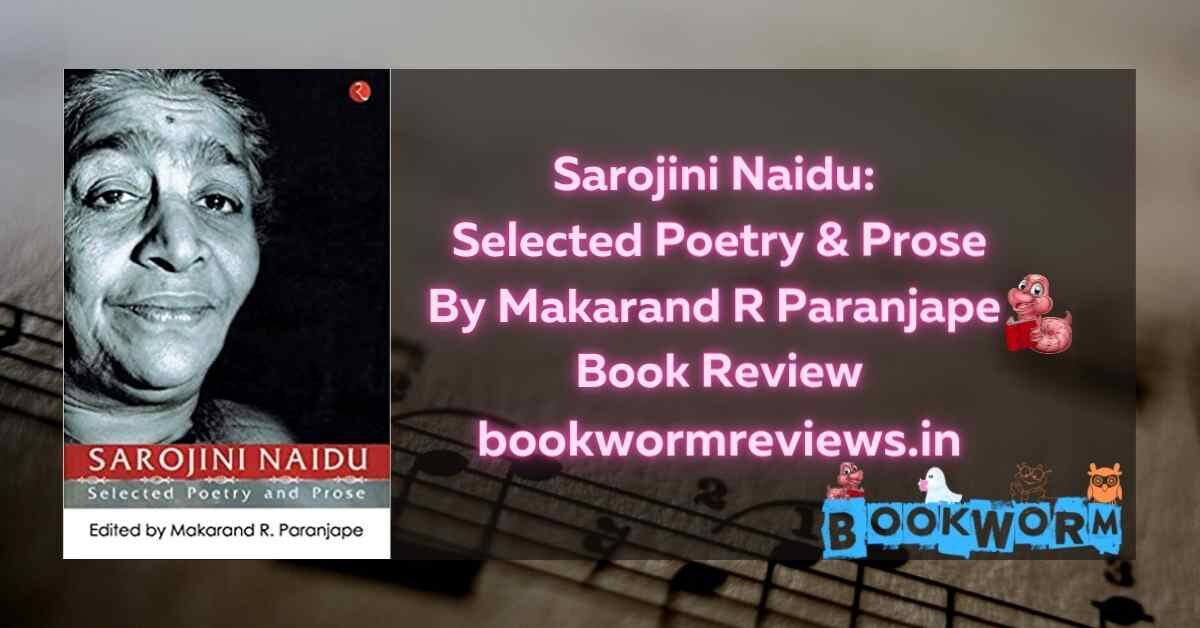 Indian English Poetry offers a great display of diversity if you are careful enough to observe all those and minutely admire the threads that are almost invisible to the carefree eyes, restless minds and careless criticism. Yes, I agree to an extent that Indian English poetry is nothing but emotions and thoughts in translation. However, it does not stop Indian English poets from creating what they want. Sarojini Naidu, one of the best-known English poets of India, was in the league of her own and very close to Tagore and Aurobindo’s era, area and aura. However, there are subtle differences that we need to observe and appreciate. In this article, I will write a review for Sarojini Naidu: Selected Poetry and Prose edited by Makarand R Paranjape.

Sarojini Naidu’s poetic genius has largely been overlooked by many poetry editors, anthologists and poets themselves. In the prolonged history of Indian English poetry, after Indian independence, it has been a traditional practice to reject what was written earlier. This rejection was suffered mostly by Sri Aurobindo and Sarojini Naidu. While the reasons for such rejection are mostly unknown and as far as someone could fathom by reading the works rejecting the poetry by the bygones, one can only find bias, inability to compete and comprehend things.

Yes, Sarojini Naidu was not a remarkable poet. She was a limited writer of verse with her limitations and these limitations, in various forms, are around anyone who writes something. Broadening the circle, any artist has his or her limitations and there is nothing one can do about it. No art can be perfect – except the art of Godly sculptors who built Kailash Temple and many like that… Still, one has to pay careful attention to such allegations:

“Artistically, the poem is interesting but flawed. The verses and rhymes are mostly childish, though there are bursts of inspired writing through the work. The poem, moreover, lacks unity and coherence.”

Writes Paranjape, an English professor and the editor of this collection. However, one more thing that needs to come to light is that he is discussing a poem written by a 13-years-old Hindu Lady. He appreciates the ‘bursts of inspired’ writing and this is really great on his part. At the same time, who decides what is inspired writing and what is a flawed one?

The introduction, which is grand and almost tantamount to a critical summary of Sarojini Naidu’s entire poetic career, mentions all the great collections, appreciated poems and brings the internal values of her writing to the readers. This part of this collection, Introduction, will be liked by the readers who are interested in knowing her poetry rather than reading them. And, to a great extent, Paranjape summarises her poetic worth justly in his introduction and offers a glimpse of all that she could contribute to the building of Indian English poetry.

It is to note and to conclude that Sarojini Naidu was more a freedom fighter and a champion of women rights than a poet. Her verse finds the best vessel when her thoughts lead her to create poems praising his God, glorifying her nation and invoking national pride and writing about women issues in India before the freedom. And this collection is significant because very few collections are published with poems by Sarojini Naidu. This one has some of her prose works too and that seems more intense compared to her poetry.

Review by Samridhi for BookWorm Reviews

A must-read book for the lovers of Indian English poetry…