Making a Poem by Vihang Naik 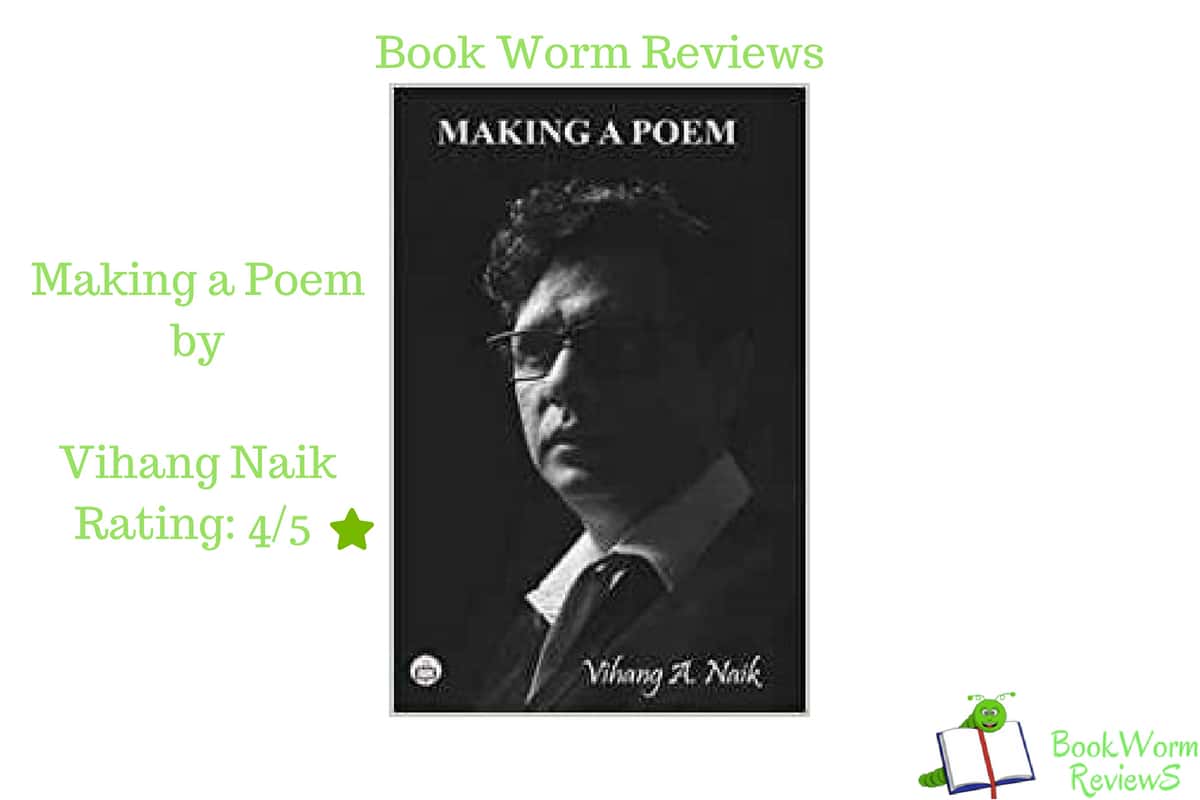 “the poem
takes a leave

In his latest collection (second edition, in fact) of poems, Making a Poem, Vihang Naik tries to explore the abstract ideas – a poet and a poem. He goes after chasing the ideas and he pens his poems thinking of these. Most of the poems end abruptly which, in a way, are complete in you read them carefully a second time.

Vihang Naik has been on the readers’ tables in recent times with his poetry, no doubt. His poems display a kind of haste that modern life and modern generation of people are accustomed to having in their life. In this collection, there are only 25 poems and each of them is short in length and sharp in imagery. The collection has been divided into 5 equal parts with each having 5 poems. However, even the ramification cannot separate the poems because all are based on poetry, poet, poems and making of a poem, ultimately.

As I said earlier, most of the poems in the collection Making a Poem end abruptly and you will see a sense of urgency or a sense of delay in those poems. In short, those poems demand a key reading more than twice and then only the readers come to an understanding about those poems.

The Pen is a poem in the collection, poem number 16 to be precise, which tells the world how poetry has almost put itself into the abyss of darkness and that the poets have to scavenge for their words and ideas and muse… it rather yells about the modern life and do remember that every writer (or the poet as well) is a child of his or her age. Have we become so callous about human values? The poet Vihang Naik asks these questions of the readers many times in his collection at hand.

Critically speaking, the poet has tried to offer us different fragments which are whole and a whole which has several fragments or rather a whole full of debris. No lyric features and no rhyme is found but yet the poems look musical… filled with a strange and melancholy rhythm most of the times which will certainly impress the readers.

You can buy this collection from the link below (Amazon India). Click here:

We have found the collection to be a very pleasant arrangement of not so pleasant but meaningful and enticing poems… you should try it once because it won’t take more than an hour to be read!