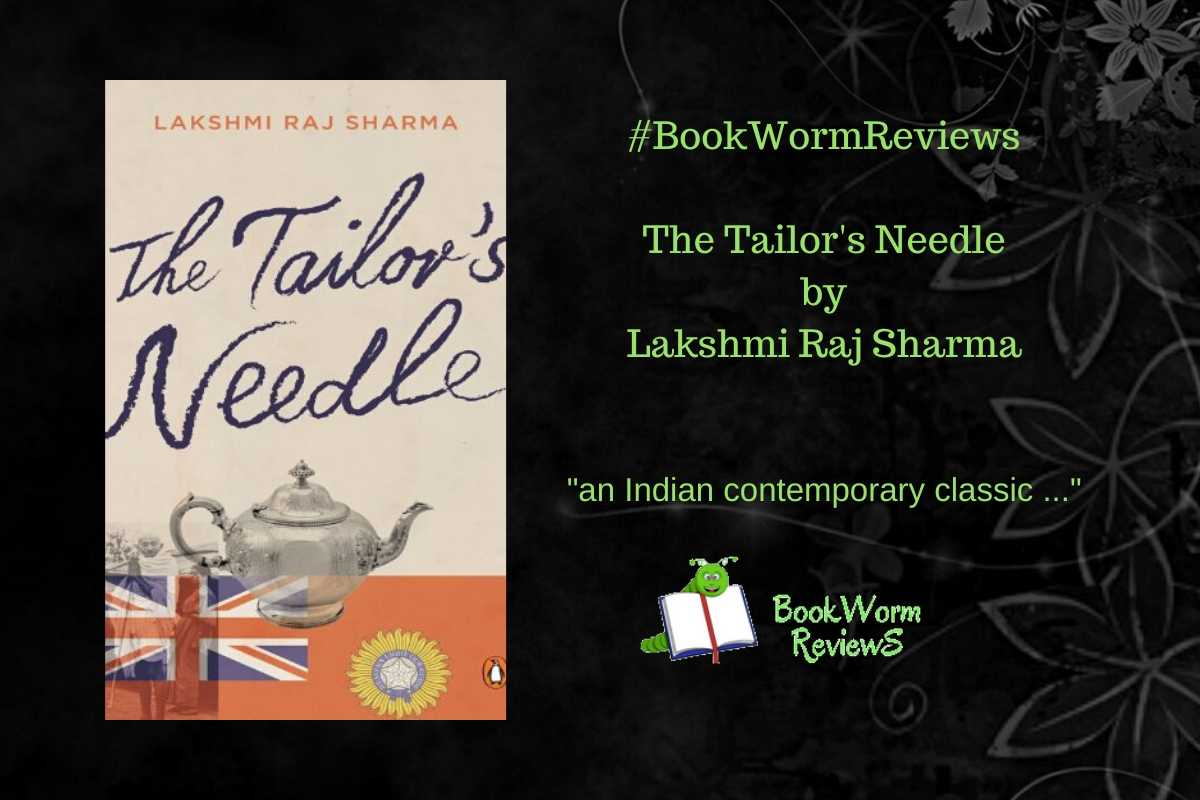 I have read many novels that may fit the criteria for a semi-classic because of their seriousness as well as their interest levels. Yes, there are many novels that are serious with many elements of classic fiction but not boring like usual classics tend to be, eventually. One such novel I have read recently as it was suggested to me by one of my friends, who also happens to be one of the top book bloggers in India. So, I just read The Tailor’s Needle by Lakshmi Raj Sharma and I liked it more than what I have expected from the descriptions that I read on the web. In this review article, I will not only share my book review but also the high and the low elements in the novel.

The Tailor’s Needle is a semi-voluminous novel. It is written in a traditional language that makes it stand with the works like The Guide and other well-known traditional fiction by Indian authors from the 70s and 60s. Well, that’s the stuff that I like. Novels depicting the scenes and events in a language that you might like reading once more, and once more… It narrates the story of a Brahmin family from the days in the early 30s and 20s, before our independence in 1947. The novel can also be seen as a coming of age fiction if you see it from the perspectives of two major characters, Maneka and Yogendra. If you see it from the perspective of Sir Saraswati Chandra, the protagonist and also the leading character, you can find a person who is in a constant dilemma with his allegiance – for the British or for India.

Rendered in a beautiful third-person narrative, the novel has many layers to its storyline. It has amusement, sarcasm, symbolism and also the elements of light satire that keep the readers alert, aware and indulged with the development of the fiction. It raises many social issues that were prevalent in the times when India was being ruled by the British. Suggestive references to Gandhian Andolans and philosophy are also found here and there in the novel and readers might find it interesting at times. Characters like Sita and Gauri provide a comfortable part to the readers. Gauri is the beloved of Yogendra who is from Dehradun and she enters the scene when Ranabakshi family decides to live in the house of Vaish family, near their own house. Gauri is from a lower class of the society and Sir Saraswati is from a Brahmin family; the conflict in the mind and also displayed at times by Maneka in the public give away a glimpse of a broken society. However, the novelist has beautifully shown that the two families come together as one on many occasions. It gives the readers a positivity and also shows that the text is rather constructive.

The conclusion of the novel is emphatic as it shows resolve, togetherness and a clear vision for many characters. More a kind of social novel, in the line, at a far distance, with the works by Dickens, to an extent. Lakshmi Raj Sharma has emerged, today, as a novelist who can keep many reading bases intact with his fiction – the younger ones and also the hardcore readers of traditional fiction. The Tailor’s Needle can be construed as a fiction having elements of a crime thriller, a murder mystery and also a pleasant social novel having many ideas to share with the readers. I am sure the readers will like this work. Though there are the things that may confuse young readers to an extent but, in terms of overall impression, the novel is just there! Making it a delightful experience for most of the readers who might read it, the novelist has done things in the best way… you can get a copy of this work from Amazon India and read it right now!

Buy the work from Amazon – click here to buy now

review by Shubham for BookWorm Reviews