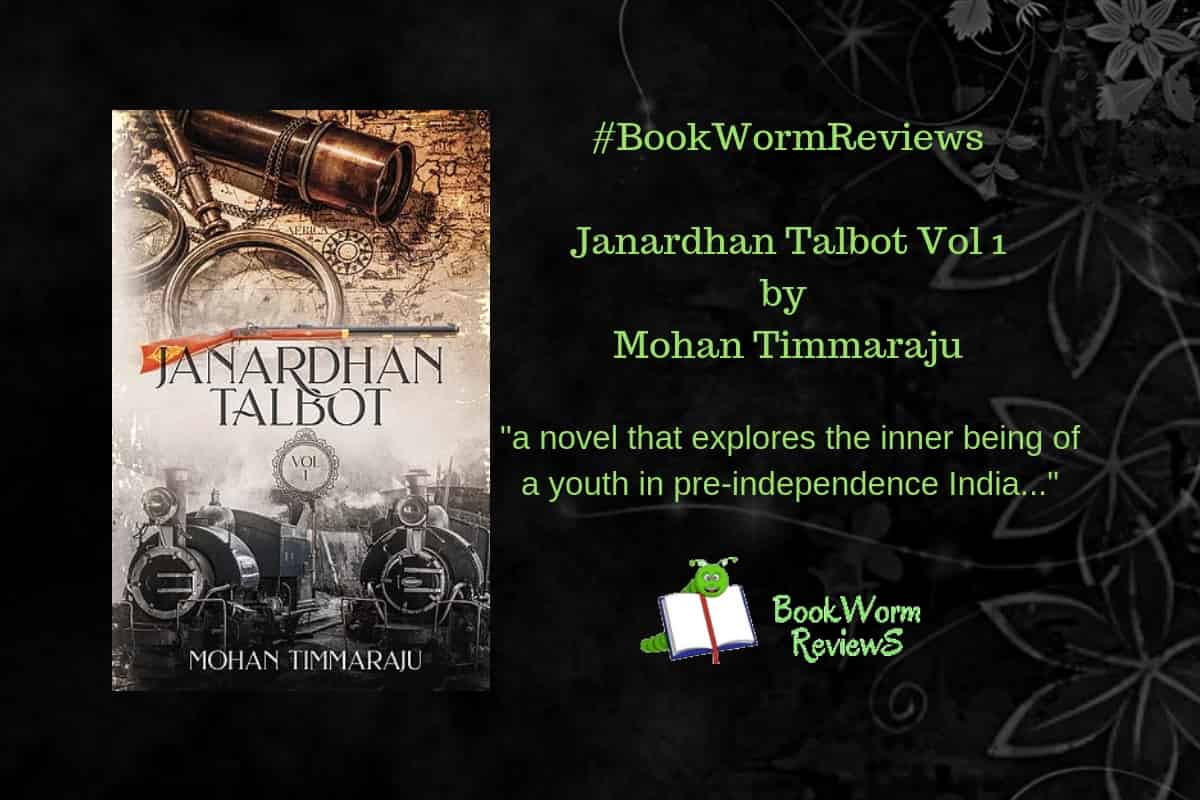 Mohan Timmaraju comes from a family of patriots and freedom fighters. This identity has helped him a lot in finalising the first novel that he contemplated for a long time. Janardhan Talbot is the story of Janardhan Rao and his ambitions first and then his urge to do something for the nation. Set in India that was ruled by the British, Janardhan Talbot opens with a blatant display for violence by some British soldiers. This act against his father raises the anger in Janardhan and he takes on two of them and ends up finding himself compelled to flee his hometown in fear concerns shown by his family. The scene has been described very vividly. Realism, as used by Mohan, finds near to life resemblance in this novel.

Away from his family and friends, Janardhan Rao joins a school run by the British and because of his manners almost like the English, he easily wins friends and admirers. One that comes very close to him is Jonathan Talbot – a guy who looks almost the same to Janardhan. Now, this Jonathan and Janardhan, two different individuals, become very close friend and Janardhan learns many things from him about his family and life. If you are a sharp brand, you might have already seen the expressive title and this twist revealed by me just now.

The novel also explores various inner dimensions of Janardhan Rao’s heart and mind. Wherever he goes, he always remembers his family, friends and his beloved. Because of his friendly nature, he meets and comes close to three different women in his life but all go away because of Janardhan’s constancy for his beloved Manga.

“After thinking of all those women, he decided that Manga was the only one who could fill the void in his life.”

Janardhan’s assuming the identity of Jonathan Talbot and sailing in a boat to different parts of the world only represent, metaphorically, knowing and knowing that only motherland can suit a person and not the foreign lands he visits. The desire in Janardhan to visit England takes him to London as the novel ends only to resume in part 2.

Language and ways of describing inner conflicts and external atmosphere have always been amazing throughout the novel by Mohan. He has managed to keep ambiguities and plainness in a perfect order to keep the readers indulged with his narrative. Theme and plot can only be judged well if you read both the volumes of the novel. Otherwise, it might seem half in the first and half in the second.

Get the novel – click here to buy from Amazon

review by Pramod for BookWorm Reviews